This was my attempt at reverse engineering the epic turn-based strategy game, Civilization 2. It was my first attempt at creating a game, and the first time I've used BackBoneJS. Local Storage is used to store settings and saved games. You can see the source here.

I don't have any plans to continue development in the near-term. One of these days I'm sure I'll pick it up again. 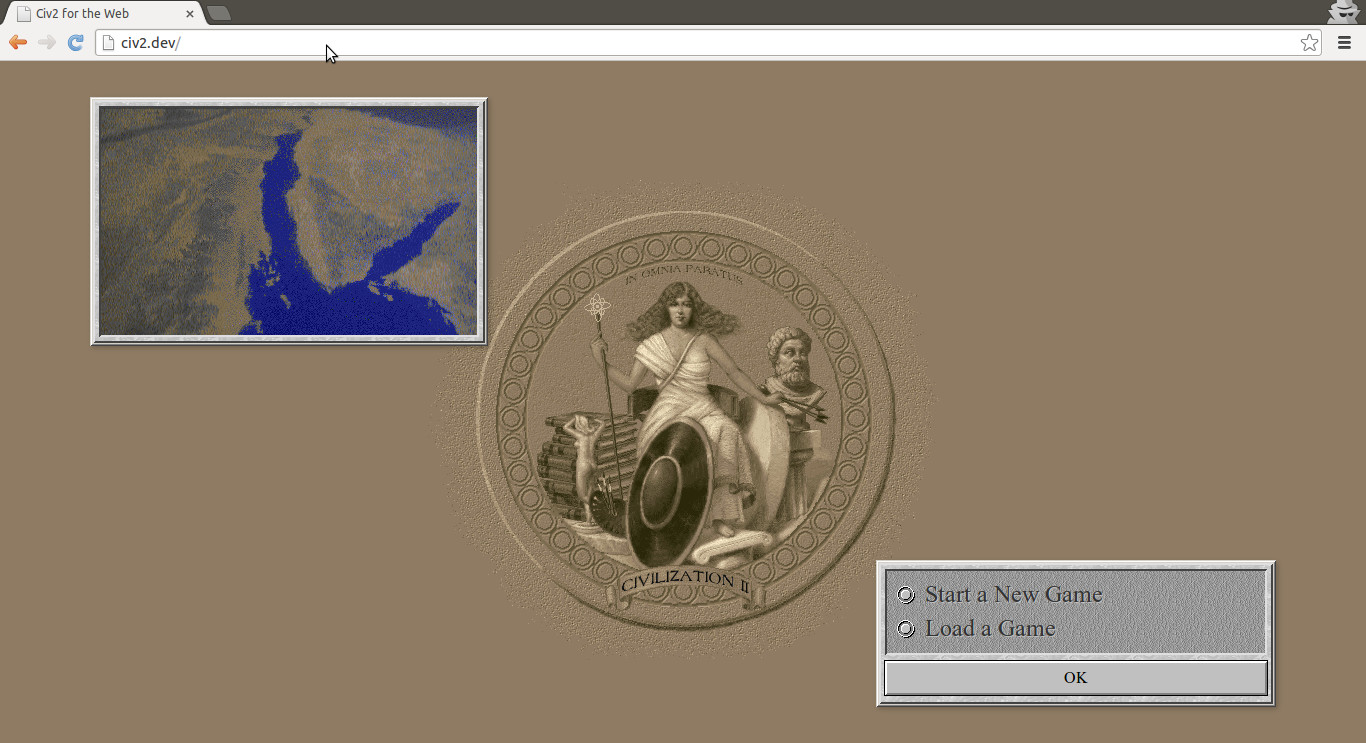 If I were to pick it up again, I'd probably start by foregoing the idea of doing a 1 to 1 port of the game in its entirety. Instead, I think I'd focus on updating its usability a bit and doing my best to maintain the core of what made the game great. One quick usability fix would be to combine the nearly dozen individual pre-game setting screens into no more than three. Perhaps even a "Quick Start" with some kind of general (or randomized) settings. 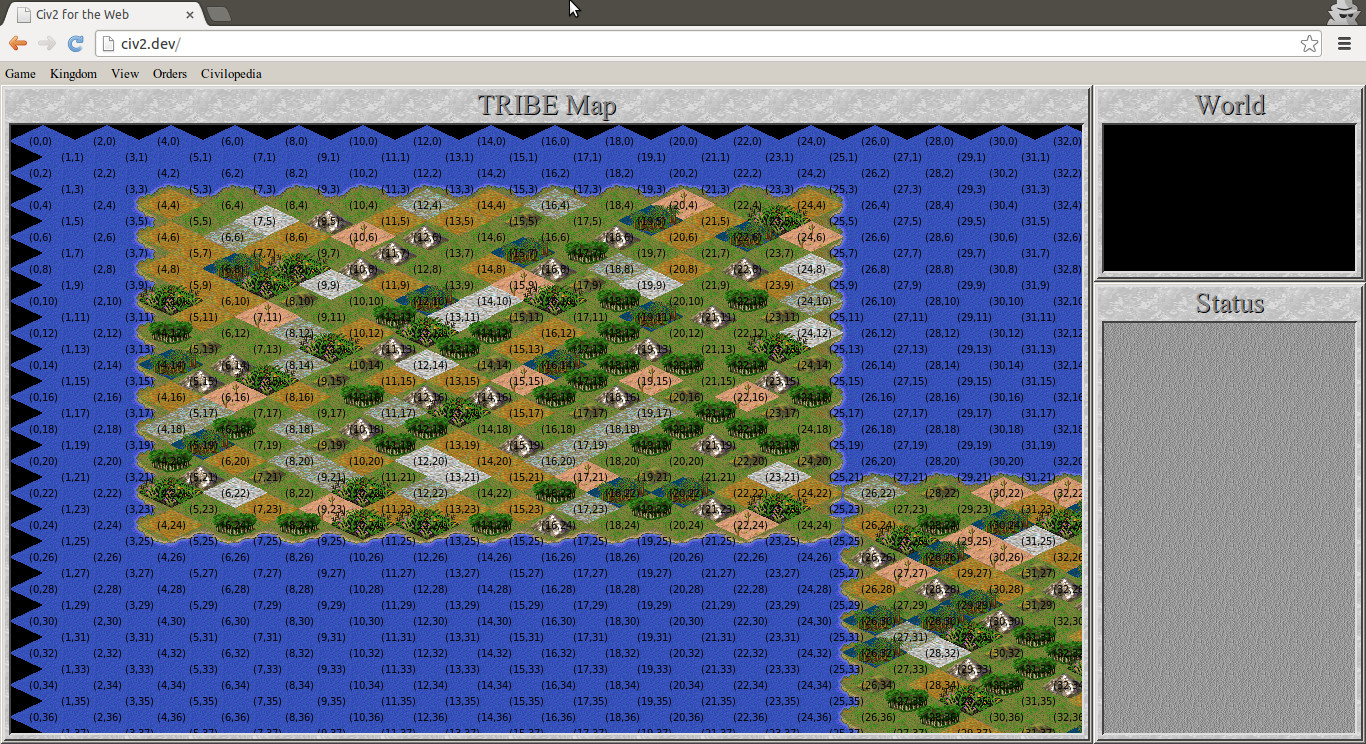 By far my favorite part of working on this project so far has been the map generator. I basically had to backwards engineer the tiling algorithms of Civ2 to perfectly replicate how it draws its tiles and its shorelines. I was really quite pleased with how that part turned out. 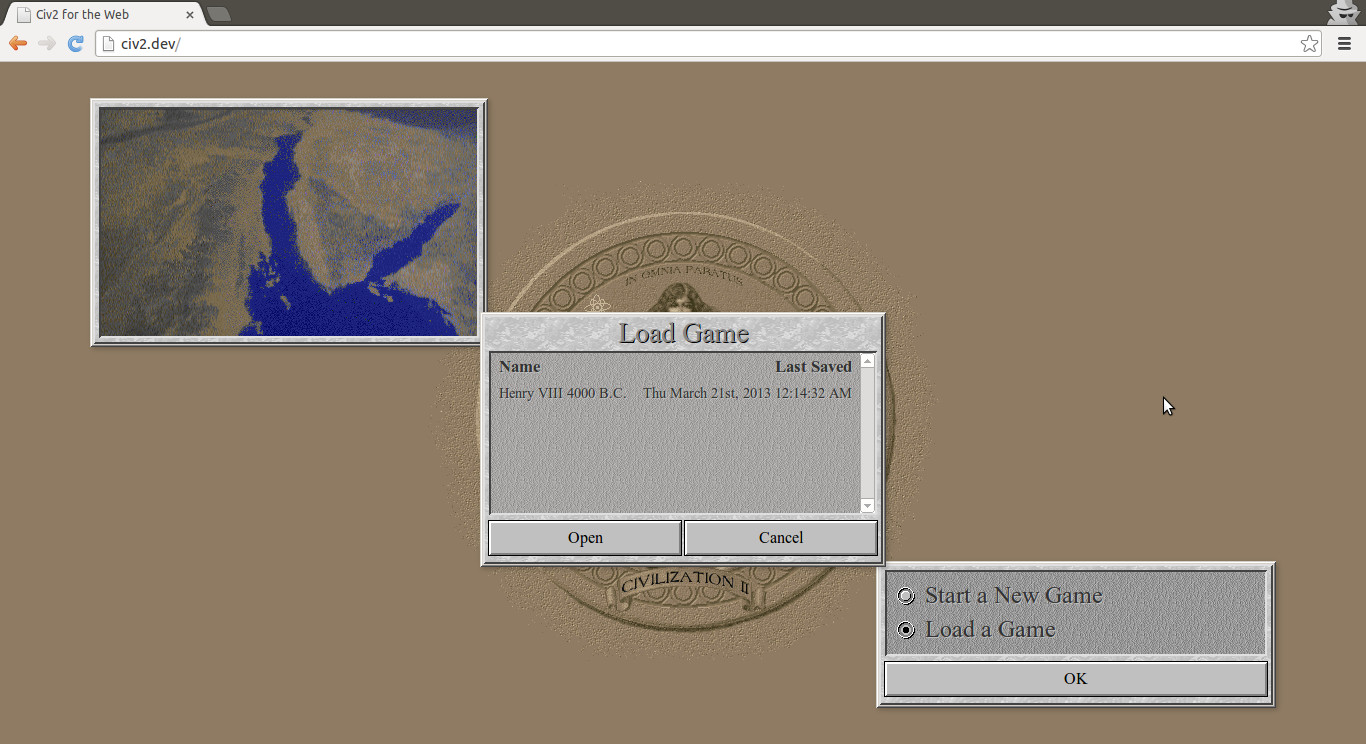 As I stated previously, game data is saved to the client's local storage. The only data stored right now are the game settings and the map data.

If you are interested in picking this up, please feel free! All I ask is that you let me know about your progress and let me alpha test it whenever you feel it's close to playable :)